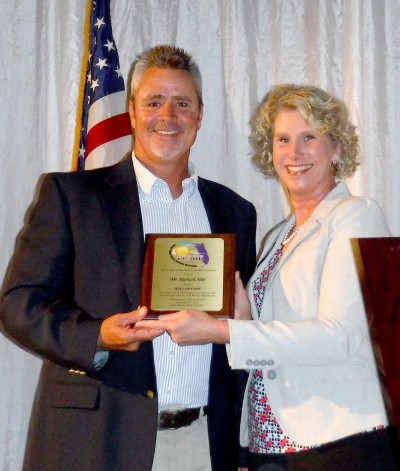 Hitt was selected for the honor by athletic directors and coaches who represent the 28 colleges in the Florida College System and make up the FCSAA’s Athletics Division.

“Honestly, I’ve been working in this field a long time,” Hitt said. “It was surprising and humbling to be nominated, but being selected by my peers and other athletic directors was incredibly special. When your peers think you are good at something, it is very rewarding.”

The FCSAA is a statewide non-profit corporation that regulates, coordinates and promotes intercollegiate activities in seven divisions: athletics, Brain Bowl, forensics, music, student government, student publications, and theater. The FCSAA Hall of Fame is comprised of administrators, coaches, advisors, officials, students, and other nominees who have contributed a minimum of 10 years to FCSAA or one of its member institutions.  Hitt was nominated by the FCSAA’s Athletic Division on the merits of his contributions, achievements, and significant accomplishments as SFSC’s head baseball coach and athletic director for nearly two decades.

In 1998, Hitt joined SFSC’s athletics department as the Panthers head baseball coach and became part of the FCSAA Athletics Division. He was promoted to athletic director in 2001, and today he manages a department that fields teams in men’s baseball, women’s volleyball, women’s softball, and women’s cross country. In August, Hitt began his 19th year of coaching Panther Baseball. He is in his second full term as president of the National Junior College Athletic Association (NJCAA) and is serving his 12th year as a member of the FCSAA State Baseball Committee. He recently completed his third year as a member of the American Baseball Coaches Association (ABCA) Executive Committee and in January was appointed to ABCA’s six-member Standing Committee.

“When I look at the caliber of people who have been inducted into FCSAA’s Hall of Fame, it is very special to be considered one of them,” Hitt said.

Hitt joins Lena Phelps, lead librarian, in representing SFSC in the FCSAA Hall of Fame. She was inducted in 2013 for her service to Brain Bowl.