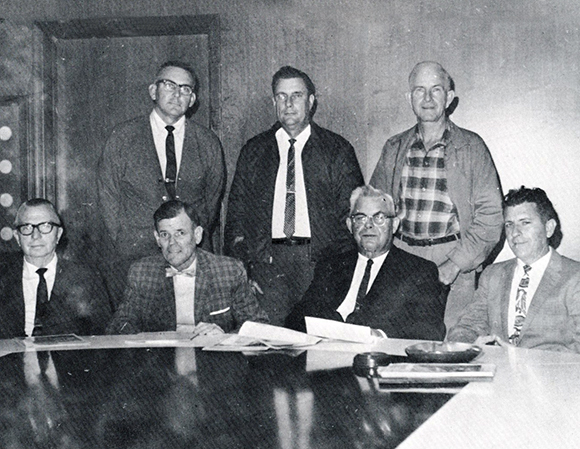 In 1968, the Florida Legislature removed control of the state’s junior colleges from public school boards, and the College Advisory Board was reorganized into the SFJC District Board of Trustees with the same members.

Over the years, members of SFSC’s Board enjoy attending the College’s commencement ceremonies, sporting events, anniversary celebrations, and fundraisers. They’ve walked through the dusty shells of campus buildings under construction to get a firsthand glimpse of facilities for emerging or growing educational programs. Our Board members have been strong advocates for the College. They go out into the College’s communities—the communities in which they live and represent—to explain how the College is serving those communities and making residents’ needs a priority.

So, we honor all members of the SFSC District Board of Trustees past and present. Their names appear during the decades they were appointed with their years of service in parentheses.