Anthropologist to Talk about Native Floridians

AVON PARK, Fla.–March 10, 2016–The Calusa tribe, an indigenous people who thrived along southwest Florida for centuries, will be the topic of the next Kissimmee Valley Archaeological and Historical Conservancy lecture at South Florida State College.

Theresa Schober, an anthropologist who has researched the Calusa tribe for nearly 20 years, will speak March 17, 7 p.m., in Building G, Room 101, on SFSC’s Highlands Campus, Avon Park. The public is invited at no cost. 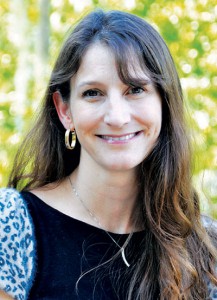 Schober’s research has focused on the settlement and use of the Estero Bay estuarine system in southern Lee County by the Calusa tribe. Her recent work centers on Mound Key, a 125-acre man-made island in Estero Bay that served as the Calusa capital. Juan Ponce de Leon recorded his discovery of the mound on his initial voyage to Florida 1513.

The mound holds remnants of elevated ridges, sculpted canals and water courts that serve as a reminder of the once thriving Calusa chiefdom. The Calusa tribe vanished for existence by the mid-1700s, extinguished by warfare and disease from contact with Europeans.

Schober just wrapped up production of a documentary exploring the mound’s recent history. Based on her role as the film’s executive producer, Schober will discuss how researchers can represent the past through film. Her presentation will include a teaser clip of the documentary itself.

The talk is one of a series at SFSC sponsored by the Kissimmee Valley Archaeological and Historical Conservancy. For more information, call Anne Reynolds at 840-3995.