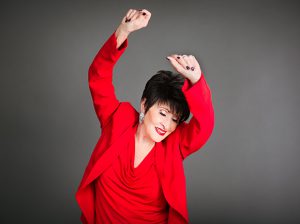 AVON PARK, Fla. – Jan. 31, 2019 – The incomparable Broadway legend and two-time Tony Award winner, Chita Rivera, will recreate signature moments from her illustrious career including numbers from “West Side Story,” “Sweet Charity,” “Chicago,” “Kiss of the Spider Woman,” “Bye, Bye, Birdie,” “The Rink,” and “The Visit” at the 1,460-seat Alan Jay Wildstein Center for the Performing Arts at South Florida State College (SFSC) in Avon Park on Wednesday, Feb. 20 for one performance at 7 p.m. Robert Klein, who has had an acclaimed 40-year career in comedy, on Broadway, on television, and in film will open the show. The performance is sponsored by Dr. Dini Rada at Heartland Pathology Associates and Dr. Catherine Cornelius, past president of SFSC.

Born on Jan. 23, 1933 in Washington, D.C., Chita Rivera went on to train at the School of American Ballet before becoming one of Broadway’s most beloved stars. She garnered major attention for the role of Anita, which she created, in “West Side Story” and earned her first Tony nomination for her role as Rose in 1960s “Bye Bye Birdie.” She starred in “Sweet Charity,” “Chicago,” “Zenda,” “Flower Drum Song,” “Zorba,” “Anything Goes,” “Nine the Musical,” and more.

“Chita has more Tony Award nominations than any other stage performer,” said Cindy Garren, director of cultural programs at SFSC. “I saw her perform in ‘Kiss of the Spider Woman’ and it was breathtaking. Our audience will witness a Broadway legend at this performance.”

Rivera received her first Tony Award in 1984 for her performance in the musical “The Rink” which co-starred Liza Minnelli. In 1986, while she was co-starring in “Jerry’s Girls,” she was injured in a car accident and required 16 pins in her leg. In her 60s, she was awarded her second Tony Award for her starring role in “Kiss of the Spider Woman.”

Rivera, who was the first Latina to be a Kennedy Center Honoree, is a recipient of the Presidential Medal of Freedom, the highest civilian award in the United States. It is awarded to people who have made a significant contribution in “world peace, cultural, or other public endeavors.” Together with Andrew Lloyd Webber, she was presented with a Lifetime Achievement Award at the 2018 Tony Awards.

Currently, Rivera is touring in London where she is performing prior to her show in Avon Park. “She will then take her performance to Feinstein’s in San Francisco and New 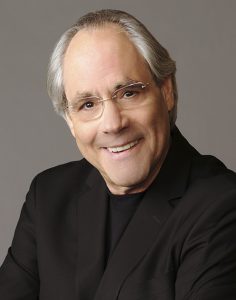 York,” added Garren. “This is definitely a show not to be missed!”

Robert Klein was a member of the famed Second City comedy troupe in Chicago. Influenced by the comedy of Jonathan Winters and Lenny Bruce, Klein deconstructs life’s absurdities in his funny observational stand-up comedy. He was nominated twice for Grammy Awards in “Best Comedy Album of the Year” for his albums “Child of the Fifties” and “Mind over Matter.”

In 1975, Klein was the first comedian to appear in a live concert on Home Box Office (HBO). He has gone on to do nine one-man shows for HBO and received his first Emmy nomination for Outstanding Music and Lyrics in 2001 for “Robert Klein: Child in His 50s.”

On Broadway, Klein, who was nominated for a Tony Award for his performance in “They’re Playing Our Song,” also appeared in “The Apple Tree,” “The Sisters Rosensweig,” “Robert Klein on Broadway,” and “An Evening with Robert Klein” which included his signature song and dance routine, “I Can’t Stop My Leg.”

From 1986 to 1988, he had his own late night talk show, Robert Klein Time, on the USA Network. He has more than 100 late night appearances on Saturday Night Live, The Tonight Show, David Letterman and The Late Show with Stephen Colbert.

“Our audience has been asking for more comedy,” added Garren, “and they’re getting comedy royalty.  Klein has influenced Seinfeld, Jon Stewart and Billy Crystal.”

Tickets begin at $45 and are available online at sfscARTS.org, by phone at 863-784-7178 and in person at the SFSC Box Office located at 600 West College Drive on the Highlands Campus of SFSC.