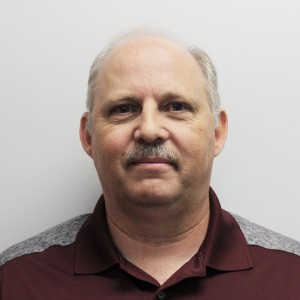 Kesterson will assume his post on Jan. 23, giving him a one-week overlap with Hale and time to tap into her store of SFSC-specific knowledge.

“I’m excited over my move to SFSC,” Kesterson said from his office in Arcadia, as he wrapped up his work with DeSoto County. “I’m also looking forward to working with the great team of human resources professionals Susie has assembled at the college.”

Before taking on the top human resources job in DeSoto, Kesterson worked in Sebring as a human resources specialist for Highlands County. He started with the county in 2007, not long after retiring from a near 21-year career with the U.S. Air Force.

Kesterson retired with the rank of master sergeant. During his time in the military, he worked in communications, health administration, and personnel services.

“Kesterson is a seasoned human resources professional with a deep background in the field,” said Glenn Little, vice president for Administrative Services. “He has a solid history of service in the public sector— including the military and local government in our service district—all of which makes him superbly qualified to succeed Susie Hale.”

Kesterson holds certification as a human resources professional from the Society for Human Resources Management. He earned a bachelor’s degree in public administration from Barry University. But he kicked off his college education at the Community College of the Air Force.

Kesterson, a native of western Pennsylvania has been married to his wife Zuelene for 24 years. They are parents to three children. The Kestersons live in Lake Placid.

What brought the Keterson family to Florida?

“My wife was born and raised in Lake Placid,” said Kesterson. “So, when I retired from the Air Force, we headed for Highlands County.”