“Florida Hospital is a proud sponsor of the new SFSC theater series,” said Eric Stevens, CEO of Florida Hospital. “We look at our sponsorship of the series as an investment in the quality of life in Florida’s Heartland.  SFSC has established a great reputation for bringing excellent performing arts to Highlands County.”

The series kicks off Saturday, Nov. 7, 7 p.m. with a musical tribute to Billy Joel by the band Turnstiles. All seats for the series’ inaugural show are $10.

The Turnstiles, a seven-member band headed up by Tony Monaco, started recreating Billy Joel’s music with their debut performance in 2011.

“Anyone who loves Billy Joel’s music – It’s Still Rock and Roll to Me, Piano Man, Uptown Girl – should come out and sing and dance the night away,” said Cindy Garren, SFSC’s director of cultural programs. 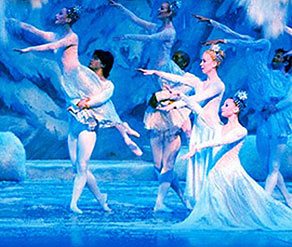 The theatre will mount the holiday classic, The Nutcracker, Dec. 8, featuring the South Carolina Ballet, a professional company led by artistic director William Starrett. The performance will include a cast of local children.

January ushers in a New Year and the Willis Clan. The family of 12 have wowed audiences and captured the attention of critics with their mix of pop-country and bluegrass music.

“With a new reality TV show on TLC and a new CD in Walmart, the Willis Clan are becoming America’s new Von Trapp family,” Garren said.

Paul McCartney fans will delight in the Feb. 13 production by the group The McCartney Years, a six-member band who recreate the former Beatles’ music note-for-note.

“Only one show celebrates the genius of McCartney at the height of his career, and this show, praised by Beatles promoter Sid Bernstein, is the best on the scene today,” Garren said.

The two-time Grammy Award nominated Blue Highway return to SFSC by popular demand, Feb. 26, for an evening of bluegrass. After 20 years of recording and performing, the group has staked out role as one of the premier bluegrass groups on tour. Folk storyteller Judge Nelson Bailey opens for Blue Highway with his solo act Tales of Old Florida, a reminiscence on Florida’s frontier days.

“The support we have received from Florida Hospital for this new series signals how vital the performing arts are to a healthy and vibrant community,” Garren said.

Other sponsors of the Florida Hospital Trending Now Series are Marcia Ward, Highlands Today, and the SFSC Foundation, Inc.

Tickets are available online at www.sfscarts.org.   The SFSC box office opens Oct. 19, and tickets are available by calling 863-784-7178. The Alan Jay Wildstein Center for the Performing Arts at SFSC is located on the Highlands Campus, at 600 West College, Avon Park.