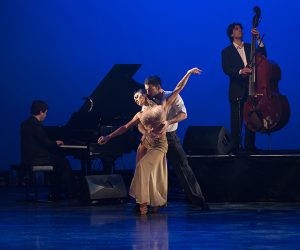 AVON PARK, Fla. – Jan. 12, 2022 – Tango Fire, the global dance production seen by 20 million people, comes to the Alan Jay Wildstein Center for the Performing Arts at South Florida State College (SFSC) on Saturday, Jan. 29 for a 7 p.m. performance. As one of the world’s most popular dance forms, this exhilarating show combines the rawness, sophistication, seductive, and sultry sides of tango, evoking the intoxicating passion of late-night Buenos Aires.

International master of Tango, German Cornejo and his sensuous and passionate partner, Gisela Galeassi, are joined by an outstanding cast including World Tango Champions and the best dancers from the greatest Tango houses in Buenos Aires, Argentina. The production features live music by Quarteto Fuego and singer Jesus Hidalgo. 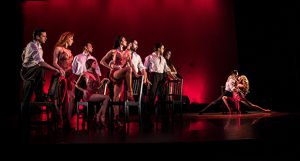 The Tango Fire Company of Buenos Aires was established in 2005 with its world premiere in Singapore. In that same year, the show was presented at the Edinburgh Fringe Festival where it received critical acclaim, resulting in engagements in the most prestigious venues around the world. The company has toured the world extensively over the past 11 years. Tango Fire’s choreographer is International Tango Superstar German Cornejo. The individual couples in the company choreograph their own solos with Cornejo refining the steps, as is traditional in the world of Argentine Tango. Allowing the couples creative freedom to create a showcase of the five couples’ individual styles, Tango Fire Company of Buenos Aires is unique in the world of tango.

Tickets start at $32 and are available online at sfscARTS.org. Groups of 12 save 50%. The Alan Jay Wildstein Center for the Performing Arts is located on SFSC’s Highlands Campus at 600 West College Drive in Avon Park. To view videos and purchase tickets to any performance, visit sfscARTS.org. To purchase tickets by phone, call the SFSC Box Office at 863-784-7178.