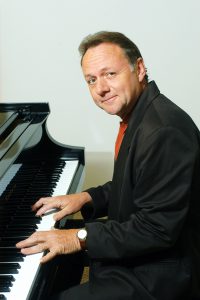 Lower has been a fixture on the Michigan jazz scene for over 30 years. He is both a dazzling soloist and a superior accompanist. Lower was born and raised in Battle Creek, Michigan. “My mother is a pianist who used to demonstrate sheet music in stores back in the 1940s. She started teaching me piano when I was 6. My mother and I both played piano and organ in the Pentecostal church, my brother played trumpet and my dad sang and played guitar. There was a lot of music around the household and in our daily lives.”

When he was 19, Lower moved to Boston to attend the Berklee College of Music where he studied arranging and composition as well as performance with master pianist, Ray Santisi. Upon his return to Michigan, Lower continued honing his piano skills while playing at Bobby’s Jazz Club, the only jazz club in Battle Creek. It was not long before he started getting calls to work at other venues throughout Detroit, Southern Michigan and beyond.

Since that time, Lower has kept very busy as a greatly in-demand sideman as well as a featured soloist who has worked with many jazz greats who have come through the Michigan area. Among the many well-known artists who he has performed with are Benny Golson, Frank Morgan, David “Fathead Newman, Bobby Shew, Hendrik Meurkens, and Kevin Mahogany. He also worked with the big bands of Jimmy Dorsey and Nelson Riddle, and has performed pops concerts with Eddie Daniels, Bernadette Peters, and Jennifer Holiday. Lower visited Italy on tours with singers Betty Joplin (2006) and Edye Evans Hyde (2008) and played three different stints on Carnival and Costa Cruise Lines. 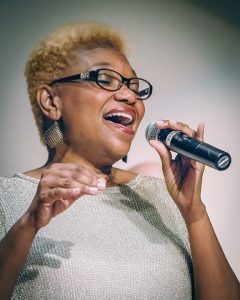 When asked to name some of his inspirations, Lower mentioned the piano playing of Oscar Peterson, Art Tatum, Bill Evans, Herbie Hancock, and Monty Alexander, and the writings of Horace Silver and Benny Carter. “Piano jazz trios are my favorite type of group to play in and I really like standards, straight ahead swinging, and acoustic jazz. There are so many great jazz tunes and every song can be changed and played many different ways. I like to put my own twist and arrangements in the music and share the fun I have in playing this music with audiences.”

Currently, Evans Hyde appears on the TBN television series “Come on Over,” the webseries “Backstage Drama,” and other film and television productions.

Tickets are available online at sfscARTS.org, by phone at 863-784-7178 or at the SFSC Box Office located on the Highlands Campus at 600 West College Drive in Avon Park.   The Jazz Series is sponsored by Lake Placid Health and Rehabilitation Center, Patricia McShane, Dr. and Mrs. Norman Stephens Jr., Peter and Dale Caldwell, Elaine Becker, and Bill Schroder.