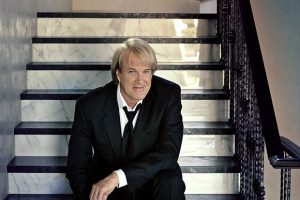 “John Tesh’s show, “Songs and Music from the Grand Piano,” is an intimate, authentic performance that audiences across the country find inspiring,” said Cindy Garren, director of cultural programs at SFSC. “John Tesh is a true entertainer and I promise everyone will leave the theater feeling uplifted.”

Tesh’s ability to create a unique journey for concert fans with music and storytelling has taken him from the Red Rocks Amphitheater and the Coliseum in Rome to Carnegie Hall and The Kennedy Center. His live television concerts, including the seminal “Live at Red Rocks,” have raised more than $20 million for Public Television.

The November 17 performance at the Alan Jay Wildstein Center for the Performing Arts is sponsored by Sebring Radio Group, Dr. David and Allison Willey, Dr. Michael Kirsch, Dr. Gayle Obermayr, Norma Evans, Jack Richie and Ann Pollard. Funding is also provided in part by the State of Florida, Department of State, Division of Cultural Affairs and the Florida Council on Arts and Culture.

A self-proclaimed school “band geek” playing trumpet in the marching and jazz bands in junior high and high school, Tesh was proficient on the trumpet and piano from the age of 6. He studied privately with teachers from The Julliard School and was named to the New York State Symphonic Orchestra in high school while also playing a Hammond B3 organ in three Long Island rock bands.

His multi-faceted, ever-evolving musical and broadcast career includes a string of No. 1 radio hits, a Keyboard Magazine Performance award, 12 years as an investigative journalist for CBS TV, 10 years as an anchor on Entertainment Tonight, broadcast host and music composer for the Barcelona and Atlanta Olympic Games, and the unique distinction of composing what critics hailed as “The greatest sports theme song in television history,” the NBA on NBC Theme. His weekly television show has 2 million viewers, his radio show amasses 40 million impressions per week, and his Facebook page has a weekly reach of 20 million engagements on average.

Tickets are $32, $35 and $40, and available online at sfscarts.org, by phone at 863-784-7178 or in person at the box office located on the Highlands Campus at 600 West College Avenue in Avon Park. Group, child and student discounts are available by calling or visiting the box office. Ticket subscriptions are also available and include savings and perks.