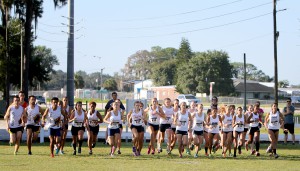 The SFSC Cross Country 5K Invitational was held Saturday, Oct. 3, at Panther Field with the Lady Panthers competing against Chipola College, Pasco-Hernando State College, and Warner University. A total of 29 runners participated in the race.

Coach Krista Schult was pleased with the results to what she described as a successful first home meet.

“The Lady Panthers went on their home course and all ran with confidence,” Schult said. “Our goal for the day was to beat Pasco-Hernando, because on paper, we were only supposed to beat them by one point. However, the Lady Panthers came together as a team and ended up beating them by almost 30 points! We are moving in the right direction, and hope to continue to improve in the last couple meets of the season.”

The Lady Panthers are now ranked 18th in the nation by the National Junior College Athletic Association (NJCAA). 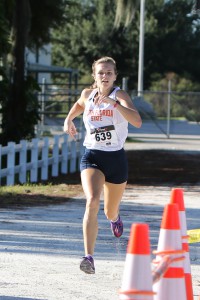 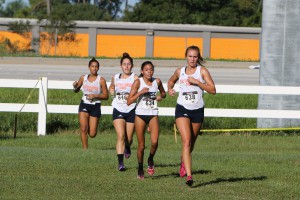