AVON PARK, Fla.–Nov. 19, 2015–The mystery surrounding the location of Fort Shackelford will be the topic of the next Kissimmee Valley Archaeological and Historical Conservancy lecture at South Florida State College.

Annette Snapp, an archeologist with the Ah-Tah-Thi-Ki Seminole Indian Museum, will be the conservancy’s speaker on Nov. 19, 7 p.m., in Building G, Room 101, on SFSC’s Highlands Campus. The public is invited at no cost. 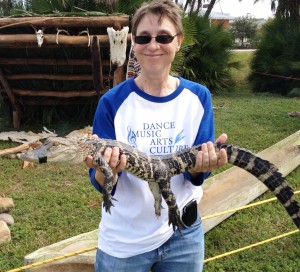 Snapp will talk about the findings from an archaeological exploration that set out to locate Fort Shackelford, a Third Seminole War-era fort built on the edge of the Big Cypress National Preserve, but whose precise location remains shrouded in doubt. The talk will also cover the Seminole tribe’s efforts over the years to protect important cultural resources.

The U.S. government constructed forts throughout the southern half of Florida in its decades-long war with the Seminoles. Fort Lauderdale and Fort Myers endured to grow into cities. But Fort Shackelford’s precise location remains unknown, more than 100 years after its destruction.

Snapp, earned her doctorate in museum ethnography at Oxford University. She also studied applied anthropology and archaeology at the University of South Florida. For the last 20 years, Snapp has worked as a professional archaeologist in Florida and other southeastern states.

In 2013, the Ah-Tah-Thi-Ki museum appointed Snapp its operations manager. The museum, located in Clewiston, is home to more than 30,000 artifacts where visitors can learn about the Seminole people and their culture.

The talk is one of a series at SFSC sponsored by the Lake Placid-based conservancy. For more information, call Anne Reynolds at 840-3995.