AVON PARK, Fla.–March 11, 2016–Walking under a sun-drenched sky with a stiff wind in their faces, five visitors to South Florida State College’s Wildflower Wayside Shrine Trail set out in search of wildflowers blooming in the warmth of spring. 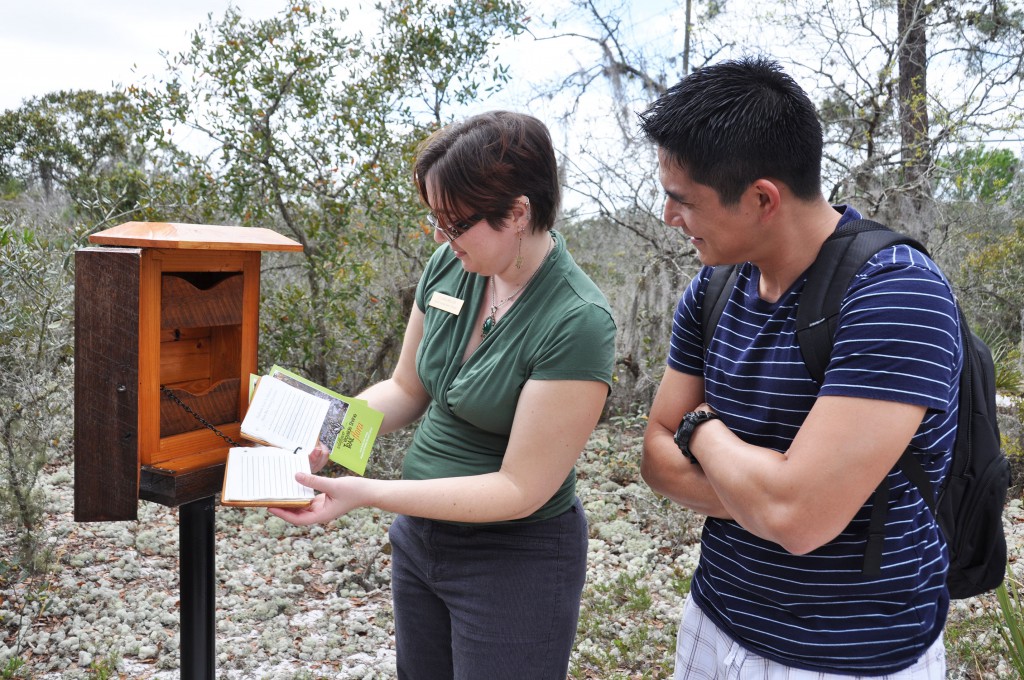 Following their guide, SFSC librarian Claire Miller, the group snaked their way through the quarter-mile trail. Within minutes they chanced upon a light blue flower nestled among the powder puff lichen hugging the ground.

“Look, it’s a blue-eyed grass,” said one, comparing the flower to the picture in her printed guide. “Yep, that’s what it is,” said Miller. “Now let’s see if we can find the pygmy fringe tree.”

The group was just one of several who came out to SFSC’s Highlands Campus for the Pygmy Fringe Tree Wildflower Festival on March 10. Now in its third year, the festival, hosted by the college’s Museum of Florida Art and Culture (MOFAC), coincides with the flowering season of the pygmy fringe tree, which was almost driven to extinction by development.

Getting closer to the site where a pygmy fringe tree grows, Miller pointed to the fine white sand that blankets the trail. “If you come out early in the morning, you can spot the paw prints of otters who inhabit the nearby lake,” she said.

The trail winds its way along the north side West College Drive, about two hundred feet from the shore of Lake Lelia.

“Our Wayside Shrine Trail is one of the few venues where the public can readily encounter this rare and extraordinary shrub,” said Mollie Doctrow, MOFAC’s curator, who organizes the annual festival. “Early spring is the ideal time for the pygmy fringe tree to flower, giving the public a singular instance in which to view this beautiful plant.”

Miller and her troop rounded a turn on the trail. “Here’s a pygmy fringe tree,” she said. “Oh, no, it’s not flowering yet.” Still, the group huddled around the shrub, listening to Miller describe how the trail came to be and what makes the native wildflowers special.

The trail is the brainchild of Doctrow, noted for her award-winning woodcuts of natural habitats. She conceived the trail based on her own exploration of nature. The trail opened in 2011.

Doctrow said the public can glimpse a range of native plants flowering along the trail: the big flag pawpaw, sky-blue lupine, and another endangered species, the scrub St. Johns Wort.

“I had no idea the trail was right here on campus,” said Kurt Estinoso, a first year SFSC student, who plans to study physical therapy. “I learned a great deal today walking the trail, not only about the flowers but the land too.”

Visitors to the trail can write their impressions in notebooks found in wooden shrine boxes sitting atop poles along the path. The boxes, designed by Doctrow, contain information that showcases the shrubs and wildflowers. She developed the idea after studying indigenous shrine boxes she encountered while studying Indian culture.

Relief images of the trail’s wildflowers adorn the side of each box, allowing visitors to make a rubbing on paper as a memento of their visit.

The shrub’s late bloom gives visitors who missed the festival a chance to catch the pygmy fringe tree show off its flowers. The trail is open to the public during regular college hours. Visitors should look for Entrance 5 along College Drive. A sign across the roadway marks the point where the trail begins.

For more information on the Wayside Shrine Trail, call Doctrow at 863-784-7240 or visit www.waysideshrinetrail.com. 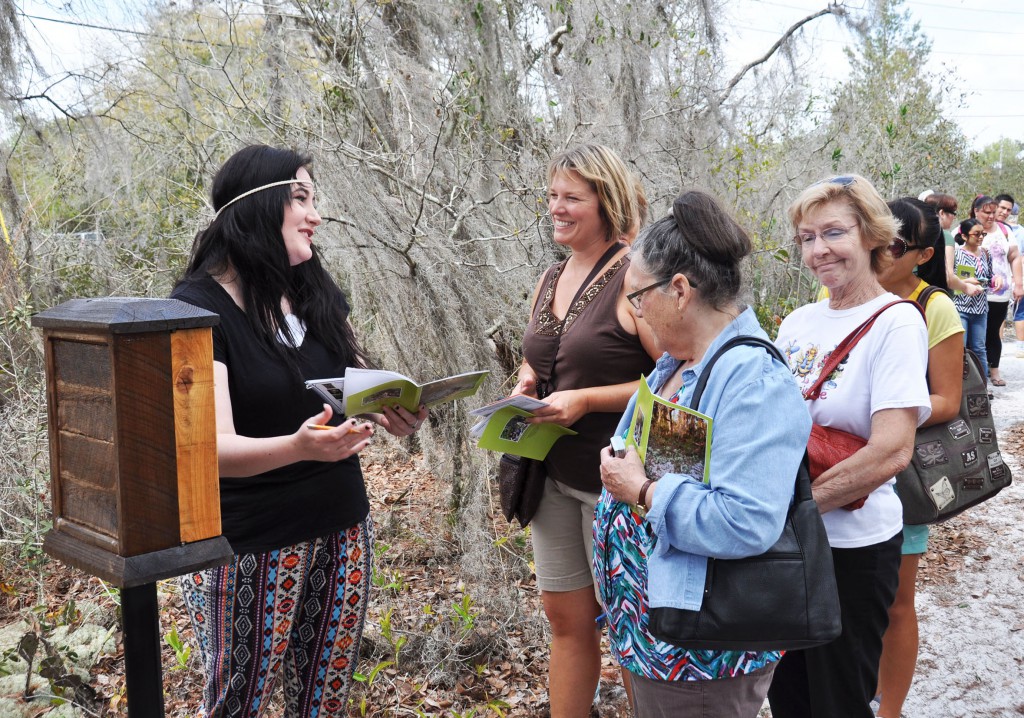