SFSC Student to Tell of Long Journey to Degree 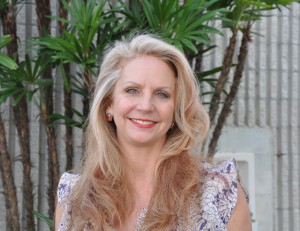 AVON PARK, Fla.–Dec. 14, 2015–When Martile Blackman receives her bachelor’s degree during South Florida State College’s Commencement ceremony on Dec. 17, she will have completed a quest 34 years in the making.

After finishing high school in 1981, Blackman, a native of Hattiesburg, Miss., moved to Highlands County. In the fall of that year, she enrolled at SFSC. After completing her freshman-year course work, she took a break from college to start a family, with plans to resume her studies once the kids were in school themselves.

But the demands of raising five children—who range in age from 19 to 31—kept tugging away at her time. Now with all the children out of the nest, the 52-year-old Blackman will finally graduate from SFSC’s bachelor’s in applied science in supervision and management program.

The Sebring resident will not only pick up her degree, she will also deliver the student Commencement speech, giving Blackman an opportunity to tell her classmates and guests about a three-decades long journey that brought her back to SFSC.

“Giving this speech is a tremendous honor for me,” said Blackman. “I’ve put a lot of thought into what I going say because this is an honor I don’t take lightly.”

What prodded Blackman’s return to college? With only one child still at home in 2012, she decided her own education could wait no longer. She returned to SFSC to complete the associate degree she started in 1981.

“To my surprise and favor, the credits I earned during my freshman year carried forward, so it took me only one year to get my associate degree,” said Blackman. “Just as I wrapped that up, SFSC was one year into getting its new bachelor’s degree program in supervision and management going, so I decided to continue on toward a four-year degree.”

Blackman noted choosing a business degree was a good match for her. During her years as a full-time mother and homemaker, she had a hand in helping run a series of family businesses that included restaurants and commercial properties.

Reflecting on her decision to pursue a degree at SFSC, Blackman said she made the right choice. “The classes were small and help was always available when I needed it, including math and writing tutoring labs”

Still, Blackman said she encountered hurdles. “Mastering some of the computer-related work came a bit harder for me than for some of the younger students,” she said. “Usually, I was the oldest student in the class,” Blackman said amid chuckles. “Older even than most of the professors.”

“My senior year was special to me,” said Blackman. “My youngest daughter was starting her freshman year in college, and I was wrapping up my senior year winning at a national competition.”

While she awaits graduation, Blackman works as administrative assistant in a Sebring law office. When not in the office or class, she nurtures a home-based business selling women’s fashion.

What plans does Blackman have once she has her degree in hand? “I haven’t charted out exactly what I am going to do,” she said. “I am definitely going to work but leave some room so that I devote time to a cherished interest, the Highlands Little Theatre.” Blackman has a long association with the Sebring-based theatrical production group, staring in several of its productions.

Blackman said her children —Brittany, Brooke, Molly, Timothy, and Alexandra,—can’t make it to the ceremony, but, along with the public, they can watch it online. SFSC will live stream the graduation exercise on its website: www.southflorida.edu.

The ceremony, set for Dec. 17, at 6:45 p.m., will take place in the Alan Jay Wildstein Center for the Performing Arts on SFSC’s Highlands Campus, with rehearsals scheduled for 10 a.m. that day. A reception will be held immediately following the graduation exercises.

As the ceremony draws near, Blackman said she is getting help on crafting her speech from SFSC graduation team members. She won’t reveal what she’ll tell the audience, estimated to number near 1,500, but knows what impression she wants to make on them.

“I want to leave the students and guests feeling a sense of encouragement,” said Blackman. “I want them to know they can accomplish what they believe in their minds is possible.”