AVON PARK, Fla. – Nov. 3, 2016 – Tami Cullens, a trustee of South Florida State College (SFSC), has been named Trustee of the Year by the Association of Florida Colleges (AFC). 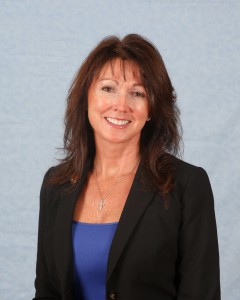 “Cullens is a humble servant, one who does not seek recognition,” said Dr. Thomas C. Leitzel, SFSC’s president. “For that reason, AFC’s naming her Trustee of the Year is a testament to her character, her devotion to SFSC, and her desire to transform a community around educational advancement.”

AFC is a nonprofit organization that represents Florida’s 28 public two and four year colleges, collectively known as the Florida College System (FCS). The mission of the AFC is to promote and represent the 28 colleges as they provide their students and the citizens of Florida with a world-class college system.

In recognition of the contribution made by the trustees of FCS member institutions in meeting the needs of their college and community, each year AFC recognizes one exemplary trustee.

Cullens has served on the SFSC District Board of Trustees representing Highlands County since 2006. The eight-member board, appointed by Florida’s governor, serves as SFSC’s governing body, appointing the college president, approving the institution’s budget, and overseeing changes to educational and administrative policies.

Cullens’ commitment to SFSC doesn’t end with her service as a trustee, Dr Leitzel said. He noted for the last 15 years Cullens has been an active member of the SFSC Foundation’s board of directors, serving as secretary, vice president, and president. The SFSC Foundation acts as an auxiliary support organization for SFSC, raising money for scholarships, research, and educational programs.

Dr. Leitzel said that Cullens’ contribution to SFSC extends far beyond attendance at board meetings. “Cullens has been instrumental in making use of her personal contacts to advance educational programs at SFSC.” He pointed to Cullens’ active involvement in using her network of connections to bring a biofuels research and production program funded by the National Science Foundation (NSF) to SFSC and Highlands County.

Cullens has deep roots in the region’s agricultural community. Through the years, Cullens has helped manage the family business, Saxon Groves. She is active supporter of the Highlands County Cattlewomen’s Association, helping to raise funds for college scholarship for the region’s youth and promoting the beef industry. Each year, Cullens lends her time and support to running the Highlands County Ag-Venture, a three-day educational program introducing third grades to the importance agricultures plays in our community.

Cullens and her family also have deep ties to SFSC. Her grandfather, Bill Sachsenmaier, donated a tract of land that became much of what is now SFSC’s Highlands Campus in Avon Park.

Cullens also finds time to focus her attention on children who are years away from starting college. She mentors at-risk schoolchildren through her association with Take Stock in Children, a nonprofit organization operated by SFSC. Take Stock has helped hundreds of middle and high school students stay on track to earn their diplomas and start college with scholarships they earn by participating in the program.

Dr. Leitzel noted that Cullens’ commitment to SFSC extends to every aspect of life on the college’s three campuses and one center. “Cullens is one of SFSC’s greatest cheerleaders,” Dr. Leitzel said. “She attends nearly every event the college sponsors, including joining the employees at the college’s holiday luncheon.”

“My grandfather thought a great deal about others, enough to make the land donation,” Cullens said. “It was heartfelt. I want to follow in his footsteps, to help others get an education. I love this college.”