Through Self-Determination, SFSC Alumnus Edward Lohrer Realized His Dream of Becoming an Attorney 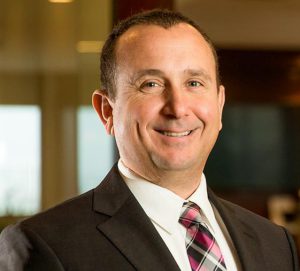 AVON PARK, Fla. – July 22, 2021 – When South Florida State College (SFSC) alumnus Edward Lohrer graduated from high school, he wasn’t sure what he wanted to do with his life. He had grown up in Lake Placid, Fla., and all he knew was that he wanted to see what life held for him beyond the borders of Highlands County. Although he didn’t have a life plan in those early years, he discovered that through self-determination, he could create the life he wanted. He is now an attorney and shareholder with the law firm Becker & Poliakoff in its Fort Lauderdale, Fla. office.

At age 17, Lohrer met and spoke with an Army recruiter stationed at a table in front of Publix Supermarket. The recruiter followed up, coming to the Lohrers’ home, where he introduced himself to Lohrer’s parents. Lohrer’s parents thought the Army would be a good experience for him, so they signed a waiver allowing him to join the Army.

“They were offering money for college at the time,” Lohrer said. “It was $30,000. My parents didn’t have a lot of money, but I knew I wanted to eventually go to college.”

However, Lohrer needed to complete his senior year at Lake Placid High School. The Army recruiter told him about SFSC’s Adult High School program held at its Lake Placid Center. “I received an SFCC high school diploma through the program,” Lohrer said. “You would work at your own pace. If you needed a credit of English, you would be given all the assignments up front. As fast as you completed them, you would be given the next set of assignments. Through the program, I completed my senior year of high school in three or four months. That way, I was able to join the Army a year earlier than I would have otherwise.”

So, Lohrer went into the Army on active duty at age 17. He was stationed at Fort Knox, Ky. and his Military Occupational Specialty (MOS) was 19K, a U.S. Army M1 Abrams Armor Crewman. During combat, they operate M1 Abrams tanks.

“The Army teaches you discipline,” Lohrer said. “So, it helped me mature a little earlier than other teenagers. I had never had my own bank account or credit card, and I had to do everything by myself, such as laundry. All of a sudden, I was in a situation where I only had myself to rely on.” 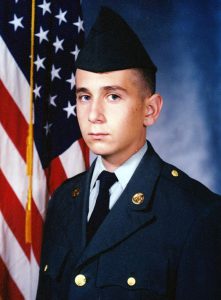 Lohrer’s four years on active duty were somewhat uneventful in that 1993 to 1997 was a relatively quiet time around the world. When his Expiration Term of Service (ETS) came up, Lohrer was ready to explore the possibility of attending the University of Florida.

Lohrer had served in the military for four years when his ETS came up. He was ready for something new in his life. “By that time, I’d started thinking about becoming a lawyer,” he said. “I knew college was the next evolution in my life. I wanted to attend a reputable college, earn a degree, and pursue graduate studies. I wanted a career and profession.”

Lohrer returned to his parents’ home in Lake Placid to plan his future. “There wasn’t internet like it is today, where it’s easy to look things up,” Lohrer said. “The University of Florida sent me information about the application process. I had been in the military and, as a junior or senior in high school, I never learned about the college application process. So, here I was, trying to figure it out on my own.”

Most colleges and universities in the United States require students to take SAT or ACT entrance tests before they are granted admission. “I hadn’t taken the SAT or the ACT, which was a pretty significant barrier and I didn’t, particularly, feel like taking the exams four years after high school. I was naïve about it. I thought you could just show up and say, ‘I want to go to this college.’”

While doing research on applying to colleges, Lohrer’s father suggested he speak with someone at SFSC for advice about how to proceed. Lohrer visited SFSC’s Admissions Office, where he was told that anyone who earned an Associate in Arts degree at a Florida community college would be accepted as a transfer student to a state university and wouldn’t have to take the SAT or ACT. “I said, ‘Sign me up,’” Lohrer said.

Lohrer graduated from SFSC with an Associate in Arts in 1998 and headed to the University of Florida where he earned his bachelor’s degree with a double major in Criminology and Political Science in 2000.

However, Lohrer waited too long to take the Law School Admission Test (LSAT) and submit his application to law school. He wouldn’t be eligible to enroll until the following fall semester. He was established in Gainesville and saw no reason to get a job elsewhere for one year. So, he enrolled in a master’s degree program that focused on political campaigns. “Instead of writing a thesis like most graduate programs require, this was more of a practical course,” he said. “You had to work on an actual political campaign. Adam Putnam had been appointed Florida Commissioner of Agriculture and his state senate seat became vacant. I moved to Melbourne, Fla. for four or five months and worked on the campaign for one of the people running during the special election for Putnam’s seat. As that campaign was going on, I found out that I had been accepted to law school.”

But for Lohrer, the military and law school eventually and surprisingly merged.

During the summer of 2000 while attending the University of Florida Levin College of Law, Lohrer had been three years removed from the Army and he was beginning to miss it. Although he didn’t want to be in the Army full time, he missed the orderliness of it. College life can, sometimes, seem chaotic and he missed the Army’s discipline and camaraderie. “The camaraderie you share with soldiers is much different than what you share with fraternity brothers,” he said.

Lohrer had taken a summer job as a census taker. An Army recruiter lived at one of the houses Lohrer visited to gather census information. He and the Army recruiter talked at length about the Army and Lohrer revealed that he missed it. “He told me about the U.S. Army Reserve – that you don’t live on a base and you report for one weekend a month somewhere locally. You can be in the Army and, yet, have a career and go to college. So, I signed up for the Army Reserve and served with a local unit in Gainesville.”

But in 2001, 9/11 happened. “Until then, the world had been a pretty quiet place and no one in the Army Reserve went anywhere,” he said. “I was in my third semester of law school and my Reserve unit was activated to go to Iraq. No one at the law school had any experience with people leaving to go off to war. I was the first person at the law school that this happened to.  I had three days to put my world in order before I left.” Lohrer was sent with his unit to train and mobilize for deployment at Fort Stewart, Ga. in February 2003 and his unit deployed to Iraq in March 2003.

After 14 months in Iraq, Lohrer returned to law school at the University of Florida. Because he had been in Iraq, Lohrer missed out on the traditional process of participating in on-campus interviews, placing him at a disadvantage for gaining the prestigious and most sought-after summer clerkships and internships. However, he was hired as a summer associate with a two-attorney firm in Gainesville that introduced him to construction law. When he went back to law school for his final year, the firm asked him to stay on part time. He continued to work for them through the following summer.

After passing the Florida Bar Exam, Lohrer decided to send out applications to larger law firms. “Construction law is a niche area, so I emphasized my experience on my resume. That’s when I sent my resume to a firm in Fort Myers that concentrated on construction law. I was there for three years. Although I learned a lot while I was there and I was very close with a lot of the people there, it was a smaller firm handling smaller cases. I wanted to move onward and upward.”

At the time, Becker & Poliakoff had an opening in their Fort Lauderdale office’s construction law department. “They were looking for a younger attorney with some experience, and I fit that bill,” Lohrer said. “Fort Myers has a small legal community. Becker had a Fort Myers office, so I’d gotten to know a couple of their lawyers. I got the interview with Becker and I’ve been with the firm since 2008.”

Lohrer continues to serve in the U.S. Army Reserve today. After returning from Iraq, he was selected to become a drill sergeant and spent several years training new soldiers in basic combat training. Lohrer is, currently, the First Sergeant of an Army Reserve drill sergeant unit located in West Palm Beach. He has 23 total years of military service, including time on both active duty and in the Reserves. He began his career as an E1 private and rose through the ranks to become an E8 First Sergeant who was recently selected to the E9 sergeant major list.

Lohrer has advice for young people who are looking to the future. “At various points in my life, I didn’t always have a plan,” he said. “But I knew that I needed to do something, not just sit around. Time passes quickly and if you’re unsure about what to do with your future, a lot of options exist. For me, I got experience in the military and got help with college. I was unsure what the college process was like or what I wanted to do, but I went to SFSC’s Admissions Office and talked to people there. They gave me valuable information.

“Just go talk to people, get different perspectives, and learn about different options. When I see people who are adrift, there’s always some reason not to move forward—like COVID-19. If you put in the effort, plenty of opportunities are available out there to explore. Life is a lot better if you’re trying to improve yourself and you’re staying busy and active.”