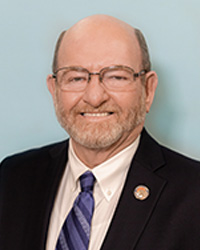 is the chair of the SFSC District Board of Trustees. He was appointed to the Board in 2020, representing Hardee County. A longtime resident of Wauchula, he has served the community as city manager since 2011. Atchley was a member of the SFSC Foundation Board of Directors from 2012 to 2021 and served as president, vice president, and secretary. He is involved in his family’s business, Giovanni’s Main Street Kitchen, which is located on Main Street in Wauchula. Atchley is actively affiliated with these organizations: AdventHealth Heartland Division, Board of Directors member; Florida Federation of Fairs, member; Hardee County Fair Association, Board of Directors president; Hardee County Education Foundation (HCEF), Board of Directors member; Kiwanis Club of Wauchula, Division 15 lieutenant governor; Florida City and County Management Association (FCCMA), District VI director; Hardee County Chamber of Commerce, member; and Rotary Club of Hardee County, member. The Florida League of Cities honored him with the Home Rule Hero Award for three consecutive years, beginning in 2015. He attended South Florida Community College (SFCC). Atchley and his wife Filomena have two sons, Julian and Thomas. 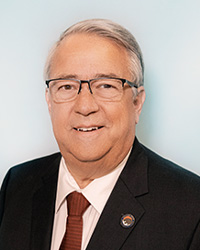 is the vice chair of the SFSC District Board of Trustees. He was appointed to the Board in 2009, representing DeSoto County. Originally from St. Louis, Mo., he moved to Arcadia, Fla. in 1972. One of the college’s own, Backer graduated from SFSC with an Associate in Arts degree in 1975. He went on to earn a Bachelor of Arts degree in accounting from the University of South Florida in 1983. A real estate appraiser since 1975, Backer has been adjunct faculty in real estate at SFSC since 1985. He is commander of the DeSoto County Sheriff’s Auxiliary. He was a member of the Arcadia Volunteer Fire Department for 27 years, serving 24 years as chief. Backer is currently chairman of the DeSoto High School Advisory Committee. He is president of the DeSoto County Board of Realtors, an office in which he has served 12 terms. Backer and his wife, Pat, have three children–Tim, Jim, and Bryan.

was appointed to the Board in 2011 and represents Hardee County. A resident of Bowling Green, he is currently the chief operating officer and president of Avail Consulting. Most recently he was the information technology director and chief operations officer and president at Albritton Insurance Services from 2007 until 2022. From 2000 to 2008, he was president of Net-Pro Professional Networking Solutions Inc. From 1997 to 2007, he taught science, computer networking, and physical education and coached at Hardee Senior High School. From 1995 to 1996, he taught and coached at Port Charlotte Senior High School. His community involvement includes the Hardee County Chamber of Commerce, Hardee Athletic Foundation, Hardee County Education Foundation, volunteering as Hardee Junior High School football coach, and Hardee Youth Sports volunteer. Bryan received a bachelor’s degree from Western Colorado University. He and his wife Diane have two sons, Jace and Jorren. 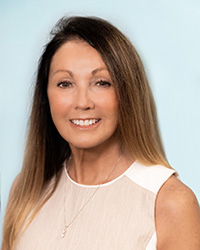 has served on the Board since 2006, representing Highlands County. She was born and raised in Highlands County, graduated from Avon Park High School, and earned her bachelor’s degree in retail from Webber International University. For 21 years, Cullens was a member of the SFSC Foundation, Inc. Board of Directors, and served as secretary, vice president, and president. Her tenure ended in 2018. As a member of the Association of Florida Colleges (AFC) Trustees Commission, she served as secretary, treasurer, chair elect, and led for two years as chair. She is involved in her family business, Saxon Groves, Inc. Cullens is a member of the Highlands County Cattlewomen’s Association, a former member of the Highlands County Outreach Board of Good Shepherd Hospice, has been a mentor with Take Stock in Children, and chaired the Florida Hospital Heartland Division’s benefit galas for many years. She also served on the board for Florida Healthy Kids from 2013-2018. Since 2015, Cullens has served on the board of directors for The Association of Community College Trustees (ACCT) and her term expires in 2022. She has represented the Southern Region of ACCT as chair for three years. 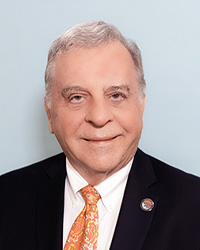 was appointed to the SFSC District Board of Trustees in 1999 and represents DeSoto County. Originally from Chicago, Ill., he graduated from Chicago City Junior College in 1963, attended Southern Illinois University, and graduated from Canadian Memorial Chiropractic College in 1972. He has been a chiropractic physician for 30 years. He has been chairman of the DeSoto County Republican Executive Committee since 1990. 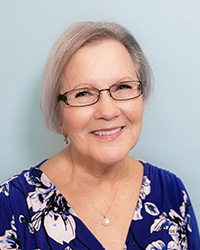 was appointed to the SFSC District Board of Trustees in 2011 and represents Highlands County. A native Floridian, Rider is a resident of Lake Placid and has lived in Highlands County since 1966. She is a graduate of Lake Placid High School and received her associate degree from SFSC in 2000. After working in her husband’s law office as the bookkeeper for 36 years, she retired in 2016. For the last 30 years, she has been active on several committees and boards concerning education and the promotion of scholarship. Rider served on the Lay Advisory Team of Lake Placid High School and was one of the founders of Project Graduation. She is the past president of Scholarship Recognition, Inc. of Highlands County and recently served on the grants board of a local charitable organization. Rider also mentored with the Take Stock in Children program for over 10 years. In 2019, Mrs. Rider enrolled at Warner University to pursue a degree in Biblical Studies. 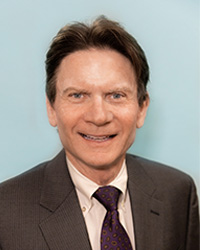 is immediate past chair of the SFSC District Board of Trustees. He was appointed to the SFSC District Board of Trustees in 2011 and represents Highlands County. A resident of Avon Park, he has been the president of V&W Farms of Delray Beach since 1988 and president and board chairman of Southeast Milk Inc. since 1997. From 2007 to 2009, he served as a councilman for the city of Avon Park. Since 1997, Wright has served as a member of the board of directors of the National Milk Producers Federation. He was director and vice president of Florida Dairy Farmers from 1992 to 2010 and remains an advisor to the board. Wright received a Bachelor of Science in Business Administration, Master of Business Administration, and a law degree from the University of Florida. He and his wife, Suzanne, have one son, Charley.