Chubby Checker and Mary Wilson Perform at the Wildstein Center 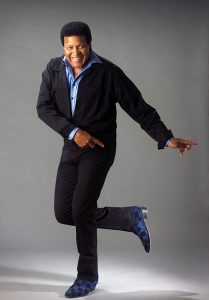 Grammy Award winner Chubby Checker and the legendary Mary Wilson of The Supremes will appear at South Florida State College (SFSC) in Avon Park on Thursday, Feb. 1 at 7 p.m. in the 1460-seat Alan Jay Wildstein Center for the Performing Arts. The performance is sponsored by William J. Krenlich and funded in part by the state of Florida, Department of State, Division of Cultural Affairs and the Florida Council on Arts and Culture. Tickets are $45-$65.

Checker, who was born Ernest Evans in 1941 in Spring Gulley, S.C., grew up in Philadelphia. As a young boy, he worked various jobs shining shoes, selling ice and assisting in a butcher’s shop. Because of his heavy build, he got his nickname, Chubby, while working as a teen in a grocery store. At 11 years old, he formed a street corner harmony group and began performing in churches and on the streets. He soon attracted the attention of music executives in Philadelphia.

He signed with Cameo-Parkway Records in 1959 and recorded his first two singles, “The Class” and “The Dinosaur.” In June 1959, he recorded “The Twist” and 14 months later, it was a huge hit.

“The Twist” was not only a No. 1 song, but it introduced the concept of “dancing apart to the beat.” Over the next few years, endless songs incorporating “The Twist” into their name sprang up, such as “Peppermint Twist,” “Twist and Shout” and “Twistin’ the Night Away.” The hit was also responsible for getting adults onto the dance floor for teen pop music.

In fall 1961, record industry history was made when Checker’s original hit record, “The Twist,” re-entered the charts and by January 1962, it was back in the No. 1 position. No other record before or since has accomplished that feat. In 2008, Chubby Checker’s “The Twist” was named the biggest chart hit of all time by Billboard magazine. 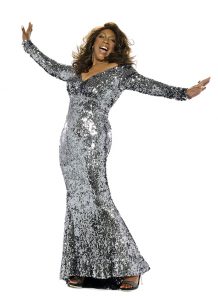 Mary Wilson is a founding member of The Supremes who began their singing career in 1959 Detroit as The Primettes, a spin-off group from the male group The Primes. The four original Supremes were Mary Wilson, Florence Ballard, Betty McGlown and Diana Ross. The Primettes sang at sock hops, social clubs and talent shows and, eventually, convinced Barry Gordy at Motown to sign them to his record label under one condition, they change their name: Ballard suggested The Supremes.

The Supremes recorded several singles beginning in 1961 and didn’t score a hit until 1963 with “When the Lovelight Starts Shining Through his Eyes.” Their first No. 1 hit, “Where Did Our Love Go?” was recorded in 1964.

Throughout the years, various members joined and left the group, but Mary Wilson continued until their last performance in June 1977. Although The Supremes were nominated for Grammy Awards, the group never won. Three of their songs were added to the Grammy Hall of Fame: “Where Did Our Love Go” and “You Keep Me Hangin’ On” (both 1999), and “Stop! In the Name of Love” (2001).

In June 1977, Wilson embarked on her own solo career and toured Europe and Asia while raising three new babies. Wilson has recorded two solo albums, including her self-titled debut in 1979 with the single “Red Hot,” and her 1990 release “Walk the Line.” She has been honored as a Vocal Group Hall of Famer, Rock and Roll Hall of Famer, and the Pioneer Award from the Rhythm and Blues Foundation.

The SFSC Box Office is located on the Highlands Campus in Avon Park at 600 West College Drive. It is open Monday through Friday, 11:30 a.m. – 2:30 p.m. Tickets and videos of upcoming productions are online at sfscarts.org. Telephone orders are available at 863-784-7178.