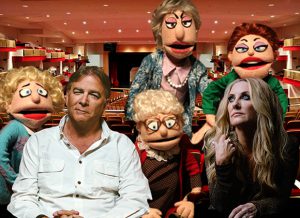 “Patrons tell us that they love the variety of the performances, reasonably priced tickets, free parking, and beautiful theater,” said Cindy Garren, director of cultural programs at SFSC.

Subscription packages for the Artist, Matinee, Trending Now, and Jazz series offer the best prices. “Our subscribers tell us their reasons to purchase the package and they include the convenience, price, and getting seats before the general public,” added Garren. Subscriptions are available online or by phone at the SFSC Box Office now. Single tickets go on sale Monday, Oct. 14.

The season opens on Sunday, Nov. 10 with the family friendly performance of Lightwire Theater’s Dino Light at 3 p.m. As featured on “America’s Got Talent,” the production has toured throughout the world and received excellent reviews on the use of technology, dance, and imagination.  All seats are $10 and pre-show activities will be offered for young people, including gifts for the first 250 children. Seating for Dino Light is general admission. “We’re encouraging children to make a dinosaur mask at home and bring it to the show to receive a raffle ticket. The raffle winner gets a fun dinosaur themed gift basket,” explained Garren.

Blue collar comedian Bill Engvall is a Grammy-nominated, multiplatinum recording artist and one of the top comedians in the country. Tickets are $75-$125 for the Feb. 21 performance at 8 p.m.

Six-time Country Music Association award recipient and Grammy Award winner Lee Ann Womack will deliver a breathtaking hybrid performance of country, soul, gospel, and blues on April 4. Tickets are $35-$65 and a special VIP Meet and Greet is an additional $50.

The Artist Series launches on Dec. 5 at 7 p.m. with the holiday themed, Merry Country Christmas direct from Nashville. The Series also includes How Great Thou Art, an Elvis-inspired gospel concert on Jan. 7 featuring Mike Albert and the Big “E” Band. Pianist Jim Brickman celebrates his 25th anniversary on Jan. 18. The Greatest Love of All, featuring Australian performer Belinda Davids, is scheduled for Jan. 25. It has wowed audiences across the UK, Europe, North America, South Africa, Asia, UAE, Australia, and New Zealand and continues to gather glowing reviews worldwide. The national Broadway tours of Bandstand: The Musical on Feb. 6 and An American in Paris on March 12 are highlights of the season. Neil Berg’s 50 Years of Rock & Roll, on Feb. 20, takes audiences on a tour of the beginning of rock & roll from the early 1900s to the glory years of the 50s, 60s, and 70s, featuring the music of Chuck Berry, Buddy Holly, Little Richard, Ray Charles, The Beatles, Beach Boys, Led Zeppelin, Stevie Wonder, Aerosmith, Eagles and more. Motown with a Twist features dance celebrities from “Dancing with the Stars” and “So You Think You Can Dance,” and American Idol vocalists in an electrifying night of Motor City’s most famous hit songs paired with fabulous dance choreography on March 25.

The family friendly AdventHealth Trending Now Series includes fun, contemporary, nationally touring productions. Celebrate the New Year with The Hit Men on Jan. 4 with the musicians and singers who toured and recorded with some of the biggest names in the music business, like Jim Croce, Elton John, Paul McCartney, Frankie Vallie, Carly Simon, Blood Sweat & Tears, and Cheap Trick. This is not a tribute act and the show has been selling out throughout the country! Recycled Percussion, a smash hit on America’s Got Talent and six-time winner of the National Act of the Year Award, performs on Jan. 31. Back by popular demand on Feb. 9 in an all-new show is Artrageous II. As seen on the Lifetime TV show “Pitch Slapped,” Blue Jupiter, cutting edge a cappella recording artists, will deliver an energetic pop and Broadway performance on Feb. 29. The sumptuous, full-length ballet Cinderella, produced and performed by South Carolina Ballet, will delight young and old on March 7.

Jazz fans love the traditional Jazz Series in the intimate 250-seat SFSC University Center where audiences are up close to the music. The Eddie Metz Trio with Nikki Parrot and Rossano Sportiello will deliver a fun performance on Jan. 15. Michigan jazz artists, Terry Lower and Edye Evans Hyde, make a return engagement due to audience demand on Jan. 12. Celebrate the music of Louis Armstrong and Ella Fitzgerald on Feb. 22 with Lisa Kelly and J.B. Scott Sextet. The New Victrola Dixieland Band, featuring Mark and Kathy Zauss, brings together terrific vocals with dynamite trumpet solos and toe-tapping style on March 4. Any student with a valid student ID receives a free ticket to any jazz performance. Free student tickets are available the night of show at the box office.

Show information, videos, and ticketing are available online at sfscARTS.org. Online sales for single tickets begin Monday, Oct. 14 at 9 a.m. The box office opens on Monday, Oct. 20 at 11:30 a.m. and is located at the Alan Jay Wildstein Center for the Performing Arts on the Highlands Campus of South Florida State College at 600 West College Drive in Avon Park. Phone orders are available at 863-784-7178 for an $8 fee.