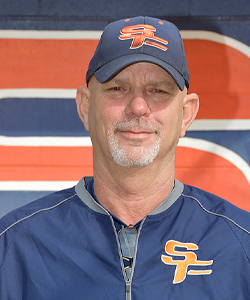 Coach Carlos Falla begins his 18th season as head coach of Lady Panthers Softball. Previously, Falla was the head coach at Webber International University, where he led the WIU Warriors to seven conference and six regional tournament appearances. Falla received the Conference Coach of the Year award in 1998, and during his tenure as head coach at WIU, Falla accumulated a record of 339 wins and 229 losses.

Coach Falla graduated from Sebring High School in 1978 and was selected as a member of the National High School All-Star Baseball Team. He attended Abraham Baldwin Agricultural College (1978-81) and graduated from Webber International University, receiving a bachelor’s degree in business administration. 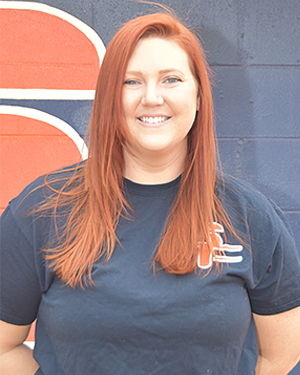 Kendra Wellnitz begins her fourth year as volunteer pitching assistant coach for the Panthers. She also is SFSC’s coordinator of residence life and Title IX.

Prior to joining SFSC’s coaching staff, Coach Wellnitz coached softball in Miami at the high school and travel ball levels. She pitched for the SFSC Panthers in 2009 and 2010 and earned a place on the First Team All-Sun Coast Conference both years. She went on to play softball at Oklahoma Panhandle State University, where she earned a Bachelor of Science degree.